Her gaze was unyielding as she looked at me and said,

She squeezed my hand and smiled.

“How many children do you have?”

“A four year old and a baby,” I replied.

“Oh, for heaven’s sake! That would be simple. I have six children! And we have done just fine. You will too.”

Even though I smiled and nodded, I think she spotted the uncertainty in my eyes.

“You really can do this. Trust that you can do anything.”

With that, she handed me cash for her items she had purchased at my garage sale and left. It was as if she had been sent as a confirmation to all the other messages I had received. For weeks leading up to our meeting, every time I turned the dial on the radio or changed the channel on the television I was confronted with the subject but had tried to dismiss it.

The question that hung over my head was: Did I have what it would take to home school?

There were those who would question the socialization of my daughters as if they were living life in a cave sequestered away from “the real world.” And, by what right did I have to educate them when I lacked a teaching degree but had successfully completed high school along with a B.A. in Psychology? Would the kids resent me later for not sending them to school?  Was I damaging them for life?

Despite these terrifying thoughts, this woman’s words penetrated my heart that I could take on the task of home education and successfully raise two strong, intelligent women. Her encouragement brought about a clear cut decision so much so that I began working that summer with my preschooler on workbooks just to test the waters.

It proved to be that it was the right direction to go, and the following year when she was to board a school bus, she was at home sounding out consonants and coming to understand vowels. One of her favorite subjects was reading out loud to me as she walked around the room with her book. I had heard that for some kids, learning came easier for them when not chained to a desk. So as she fluttered about the room, I helped her get a grip on simple sentences and story lines.  At times, I had to draw things on paper to keep her attention, and I am the first to admit that I lack the skill to draw, however, despite this, she discovered ideas about American history.  As we progressed, I bought curriculum packages that had captivating photography and hands on learning to enhance the experience.

Because of a four year age gap between the two girls, I started kindergarten all over again as the older one moved into third grade. This began what I called my “ping pong ball” years where I would bounce between the two to answer questions to clear up brain fog.  While just finishing up in one room I would hear these phrases called out,

“I think I am done with this!”

And so my days were consumed with explanations and at times reading my teaching manuals to be sure I was giving out accurate information.  I always had the inner critic telling me that I wasn’t equipped to do it, that I was missing something, and that someone else could do the job better than I could.

In between the studies, we regularly attended group activities that included field trips and specialty classes.  At one point, I was helping plan day trips, writing a newsletter and teaching gym classes to various ages. While one was in ice skating, the other was in dance. Sometimes, we had to do “car school” as we ran from one event to the next. For those who think isolation is inherent to teaching kids outside of school, think again. There were days I longed for quiet time.

So the years rolled on and my first daughter graduated. It was at this point that I realized I only had four years left. It felt like a lifetime in front of us until it wasn’t.

This past week, I sent in the final progress reports to the private school that my youngest child has been apart of. All of her online classes had been viewed and all the book work completed. It was a mixture of sheer joy but also a tinge of sadness like saying goodbye to a friend for good.

It seems unreal to say she is done. I am done. We are finished.

Add to this unconventional way of living the fact that she requested not to have a celebration at home but wanted to go to Hawaii to see the ocean for the first time in her life.

While waiting for take off, I kept wondering where the time had gone and how did I find myself on a plane bound for paradise? Wasn’t it just yesterday that we were learning to color and tell time? I glanced across the aisle at the two who seemed much at ease with leaving behind the old for a new adventure. Youth can somehow do that a little easier than those who have put a few years on.

I looked at my bottle of water and recalled the science lessons on evaporation and how liquids become solids. How we planted seeds in the garden and sprinkled them daily with the hose. How excited they both were to watch the progress of a plant sprout and spread out into a big sunflower in the garden.  Just like them.  How they have grown so much while I thought I was paying attention.

As we took flight, I glanced out my window that took me back to our days of geography and learning about cities and various terrain. Using colored pencils to shade in maps that would help solidify learning for those of us who aren’t so knowledgeable on what country exits on what part of the globe.

All of these things have been on my mind as I don’t know how to fill in the gap of home schooling that has been a part of my house for nearly eighteen years.  The realization has come that just because I was led to complete a short term mission in life doesn’t make it mine forever.

That is the key.  We get caught up in the idea that what we have today will be here tomorrow.   There is a grieving that makes us automatically feel empty and unsure about what to do next when the ‘for sure thing’ no longer exists.  This is the space where we have to make a decision to either see it as a negative or a positive.  I could say,

“It has ended,” and spend my time crying in a corner.  Or I can say,

“This is just the beginning of something good coming up next.”

We all got out of bed at five a.m. to drive to a beach the other day.  Not my normal routine, but when in Hawaii, you do things you usually wouldn’t.  As I stood on the shore and watched the sunrise, I understood.  Some would say that the night had ended, and some would say that the day had begun. Simultaneously, both events were happening and one couldn’t happen without the other.   It’s the natural order of how God has created life to be.  To fight against it mentally really is unnecessary.  We cannot change the ebb and flow of certain situations, but we can chose to see ourselves as instruments to be used  to impart love to our families, our friends and to humanity.  Just because something has come to a halt doesn’t mean that we are washed up or unnecessary.  We are agents waiting with open hearts ready to take on our next assignment for the greater good.  We are meant to expand and develop more understanding as time passes in order to be complete and whole.

“When is high tide?” I asked my daughter as we stood on a beach.

We looked at each other puzzled.

“How can we not know this?” I said grabbing my cellphone to look it up. All these years of schooling and neither one of us could recall the information.

That says to me that just because the school bell has rung one final time doesn’t mean that we aren’t still learning. 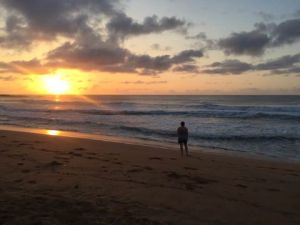